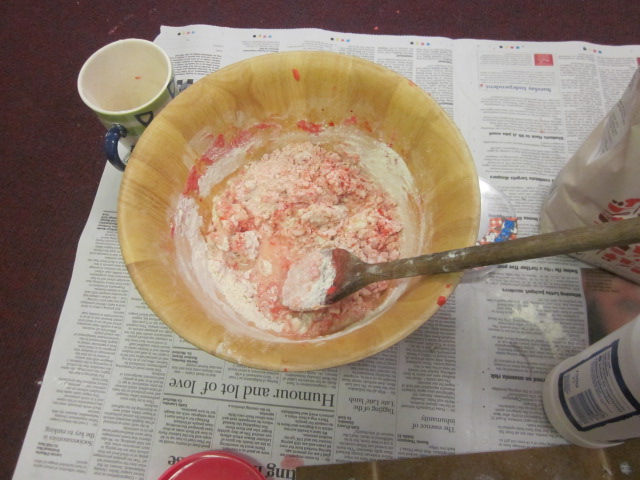 Last week we were investigating how materials may be changed by mixing. We also wanted to investigate the characteristics of different materials when wet and dry.

We began by mixing two cups of flour with one cup of salt and one cup of water. Then we added some red food colouring!  After lots and lots of mixing….the unusual mixture began to look like play dough!

We then began to cut out shapes like stars and hearts (for Valentine’s Day) and some of us even designed our own creations!