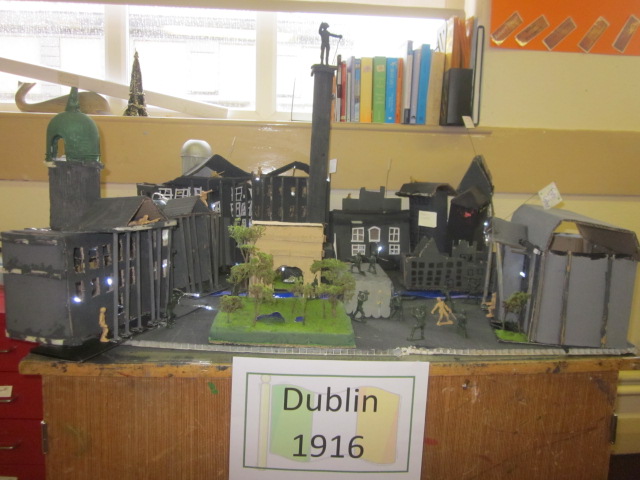 As 2016 marks the centenary commemoration of the 1916 Easter Rising, we have all been learning lots about what happened around that time. March 15th has been designated Proclamation Day for all schools in Ireland. On this day, along with every other primary school in Ireland, we will be raising the National Flag that we received from the Defence Forces. In preparation for Proclamation Day, 5th and 6th class have written their own new proclamations for 2016. They have also been very busy making models of some of the prominent buildings in Dublin at that time. Can you spot the GPO? St. Stephen’s Green? Dublin Castle? Trinity College? Liberty Hall?  The Jacob’s Biscuit Factory? O’ Connell Bridge? The Four Courts? Nelson’s Pillar?