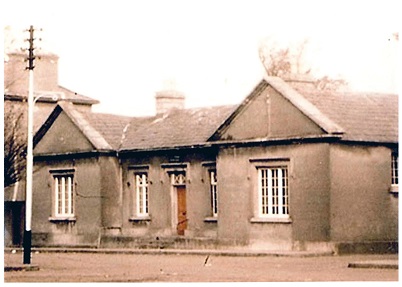 This is the time of the year when children are preparing to go back to school, a time when many of us would think back to our own schooldays, the happiest days of our lives.

The issue of primary schooling in Ireland was contentious from the 17th to 19th centuries because formal education was provided by government only in association with Protestant Evangelical Societies and the Church of Ireland. The National Board of Education set about building Model Schools to cater for pupils of all denominations. In 1852, the Galway Model School opened and initially flourished but then Bishop McEvilly declared it a ‘reserved sin’ for any Catholic child to go there, and 199 pupils left and the school went into decline.

It closed in 1926 and the pupils transferred to a new Church of Ireland national school in Buckland Buildings in Waterside, which opened on July 12 of that year. The building had been hastily taken over by the British Army and used as a detention centre from January-April 1921.

The first headmistress of the school was a Miss O’Brien. “This school is like a morgue from the outside, and inside it is like a junk shop… The light of day can barely get through the dirty windows so that the children have usually to work by artificial light.” They were bitterly cold during the months of January and February and could barely hold their pencils.

In 1962, the building was demolished and while this was going on, the pupils were accommodated free of charge across the road in a premises owned by the Sisters of Mercy. The new school was designed by PJ Tobin, built by James Brennan and opened on September 28th, 1965.

The enrolment gradually increased with the result that from 1979 to 1984, staff and pupils worked in over-crowded and difficult conditions, so plans were drawn up for a new three class extension. While this construction was going on, the entire school moved to pre-fabricated buildings provided by Coláiste Iognáid on Sea Road. The new classrooms opened on January 14, 1985. In 2001, a storeroom was converted into a classroom for special needs pupils.

Since then the school has comprised pupils of many different nationalities and different religious and non-religious backgrounds, and while there is this history of religious and ethnic diversity, this wonderful institution plays a hugely important role in the life of the Church of Ireland in Galway and its surroundings.